The Vietnamese Government and people highly valued the contribution of the Ambassador in such areas as culture, art, people-to-people exchange and humanitarian activities over the past 30 years, said the PM, adding that the Ambassador’s activities have contributed to strengthening mutual knowledge on culture and people, creating foundation for consolidating the two nations’ relationship. 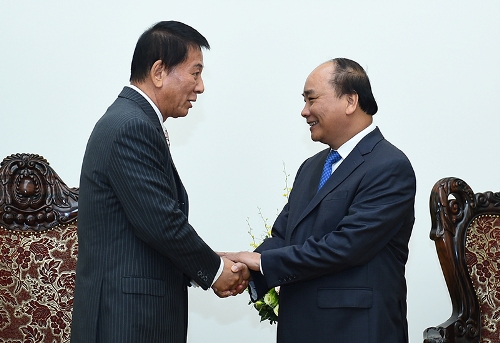 The PM expected that in the future, the Ambassador will continue launching realistic initiatives and activities to celebrate the 45th anniversary of the two sides’ diplomatic ties by 2018.

For his side, Ambassador Ryotaro Sugi hailed the development potentials of Viet Nam and the two nations’ cooperative potentials in fields of economics, politics and culture. Vietnamese workers including nurses are highly appreciated and in great demand in Japan thanks to their good skills, fast learning ability and hardworking attitude. Therefore, two countries have a large room for advancing cooperation in labor and employment activities, said the Ambassador.

Vietnam exported 27 million workers to Japan in 2015, an increase of 136.6% year on year. Cooperation between Japan and Vietnam has progressed intensively and extensively over the past 10 years. Two countries elevated their ties to a new level of Extensive Strategic Partnership for Peace and Prosperity in Asia since April 2014, which boosts cooperation between Japan and Vietnam in all areas, including labor exports. 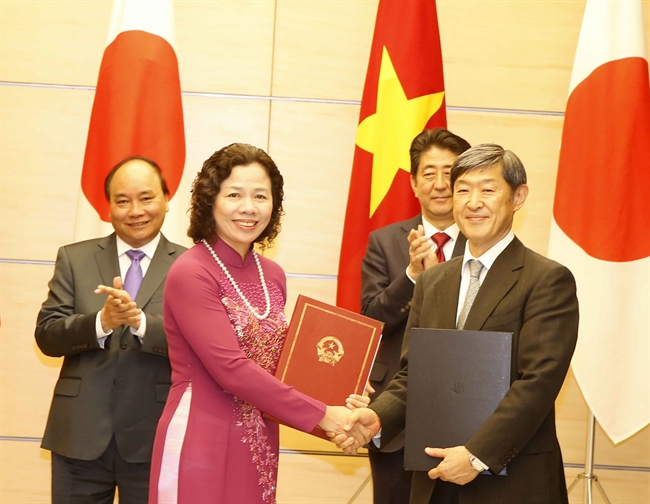 ​On the occasion of the Expanded G7 Submit held in Japan in May 2016, Prime Minister Nguyen Xuan Phuc arrived in Tokyo to begin his Japan visit at the invitation of Japanese Prime Minister Shinzo Abe. At the talks, the two Prime Ministers discussed and reached a consensus on major orientations and specific measures to develop the Vietnam-Japan extensive strategic partnership in a comprehensive, pragmatic and more effective manner in the future.